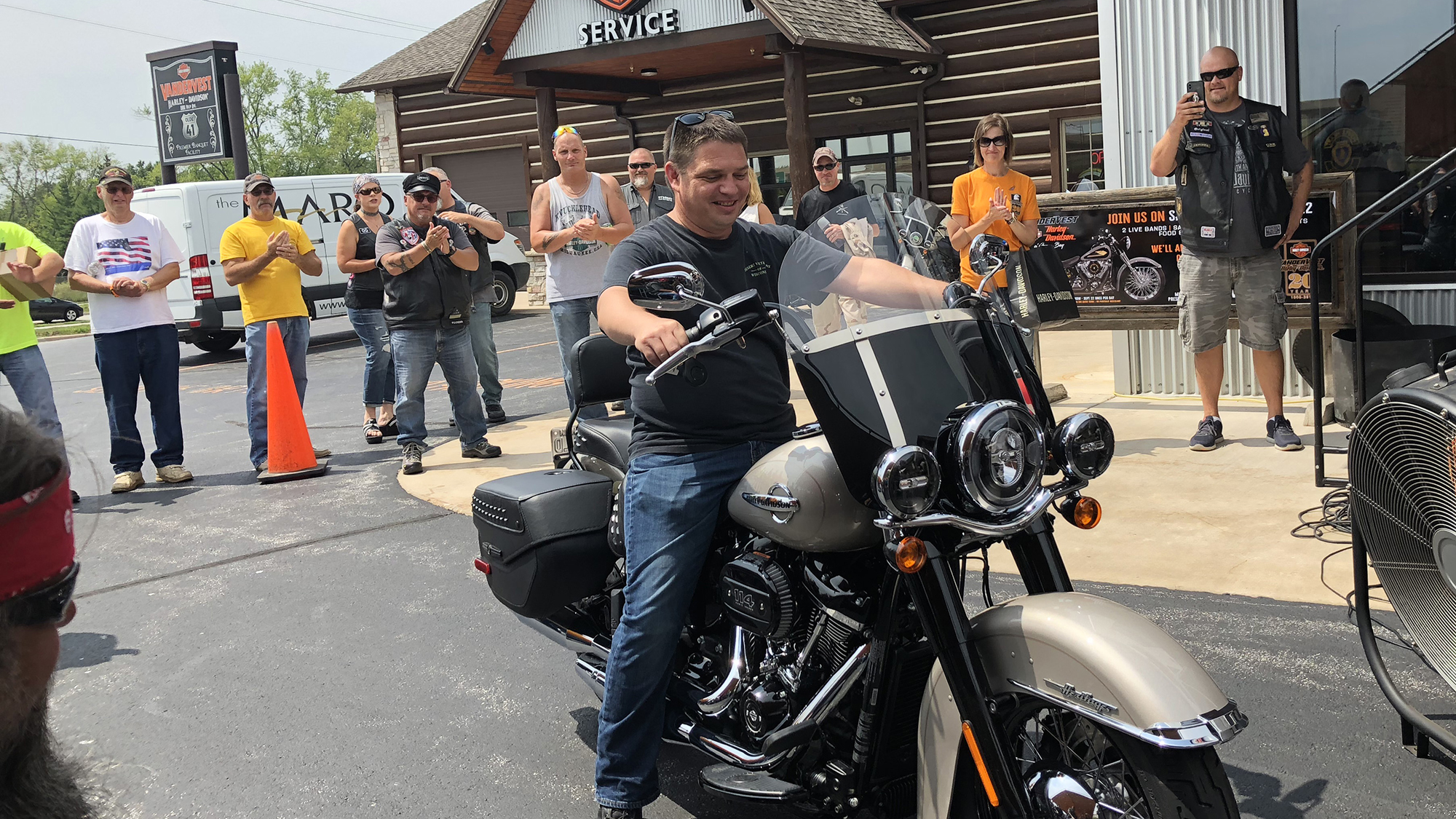 Vandervest Harley-Davidson held their customer appreciation event on Saturday, August 4th.  A couple of weeks before the planned event, Hogs For Hero’s called the dealership to say that they want to present a Veteran from our area with a new Harley.  The Veteran belongs to Desert Vets and picked Vandervest Harley-Davidson as his dealership to receive his bike.  Brian Russow chose a 2018 Heritage.  Hogs for Heros Foundation raises money to purchase Harley’s for Veterans who apply.    They have previously given Harley’s to five different Veterans who took a ride to Green Bay to be a part of Brian Russow receiving his Harley.  A Military Color Guard was present to honor Brian.
Vandervest Harley-Davidson sponsored free pork, potato salad, chips, beer, soda and customers filled the donation jugs for Hogs for Heros.

Be sure to follow Hogs for Heroes on their facebook page, they just announced their next recipient, a veteran from Elkhart Lake, that will be receiving the keys to a new Harley later this month.

Share this ArticleLike this article? Email it to a friend!
Email sent!